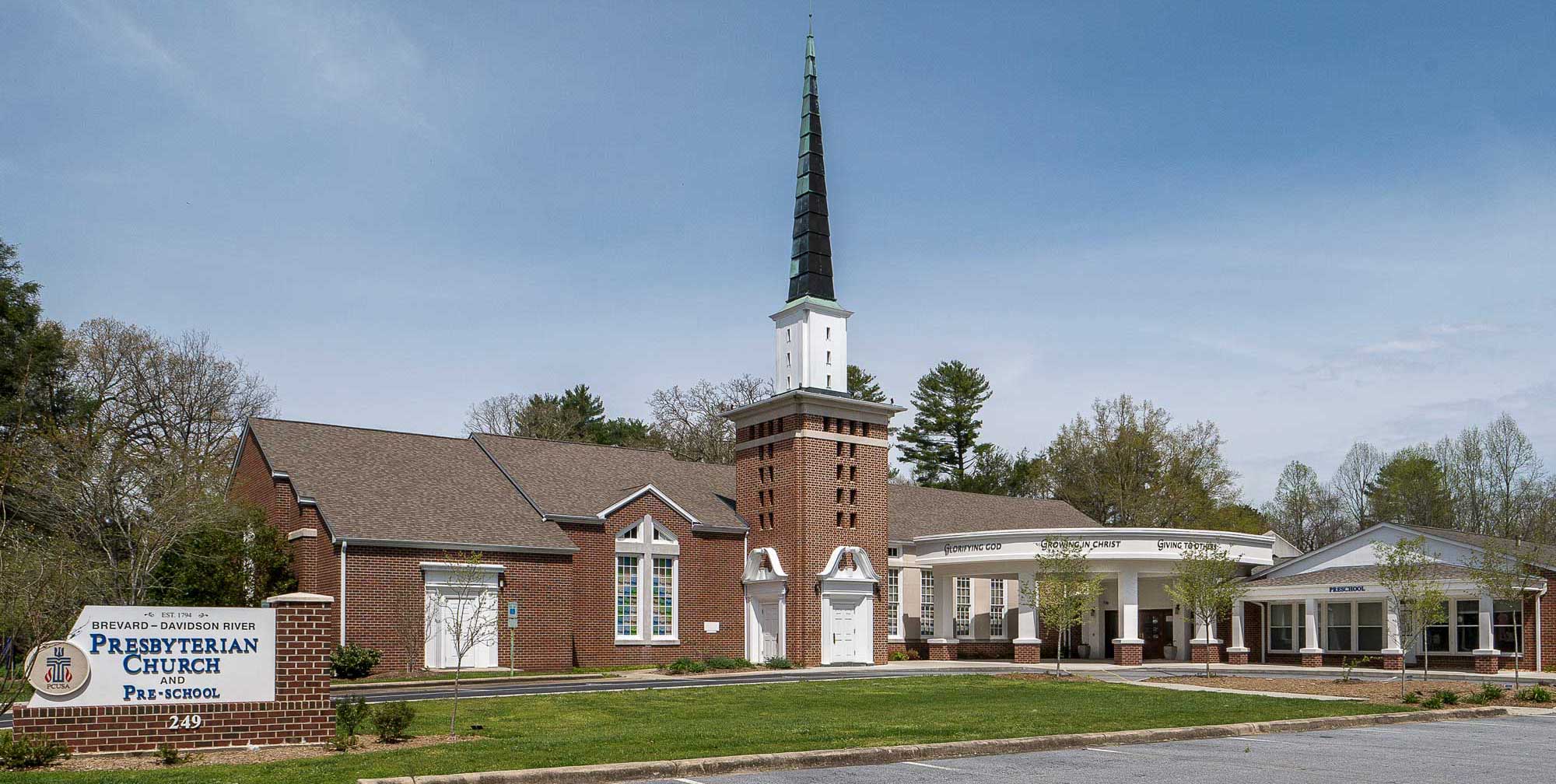 A ministry of loving, growing, sharing, and caring.

Glorifying God,
Growing in Christ,
Giving to Others.

Brevard-Davidson River Presbyterian Church: Over 200 Years of Glorifying God, Growing in Christ, and Giving to Others

Our church began its life in a grove of walnut trees along the banks of the Davidson River near the present town of Pisgah Forest about the year 1800. The Reverend George Newton of Swannanoa established camp grounds west of the Blue Ridge Mountains, one of them being Walnut Grove.

While most early church records have been lost, fragmentary accounts indicate a Presbyterian Church was located in Pisgah Forest by 1800. The first permanent structure was built about 1826 when Benjamin Davidson donated the grove to the trustees for a “free meeting house.”

In June 1828, the church was reorganized as the Davidson River Church, with 28 members. A second building with classrooms was constructed about 1855. That building was destroyed by fire in 1891.

The Civil War caused a schism in the church, and the northern and southern groups met in locations about two miles apart until 1896 when they again became one church.

The Davidson River church was the only organized church west of the Swannanoa River for about 70 years and was also used by Baptists and Methodists.

Known as the “Mother Church,” Davidson River Church was noted for its missionary efforts. Leaders established five chapels in the area, including one in Brevard on Probart Street in 1887.

The Brevard Chapel was organized as the Brevard Presbyterian Church, with twenty-nine members, by the Mecklenburg Presbytery in October 1891.

For years, the two churches operated independently except for a short time in 1919 when they shared a pastor. Both remained small, and members voted to merge in 1931 to form the Brevard-Davidson River Presbyterian Church.

As the church grew, a larger building was needed. During 1949-50, the Probart Street church was sold and the Franklin Hotel on East Main Street was purchased. Worship services were held in the hotel for several years.

The Rev. Ben Ormand became pastor in 1955 and guided the congregation through a building program.

The cornerstone for the new church was laid in March 1956, and the first worship service was held in the new sanctuary on December 3, 1956.

That structure, which included a fellowship hall and classrooms, continues to serve as the major portion of our recently expanded facility.

Soon after the new building was completed, a week-day kindergarten was started and has developed into an important part of our outreach.

Also, an organ fund was created, and the pipe organ was installed in November 1970.

Growth continued, and the present center wing of the church complex was added in 1965 to provide for administration and Church School.

Olin Corporation bought the Davidson River property in 1974. A historical marker was placed on the site of the old church in May 1983.

In 1995, the sanctuary was enlarged and a new music suite and administrative wing were added. 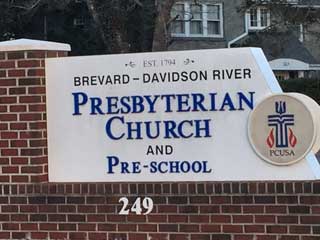 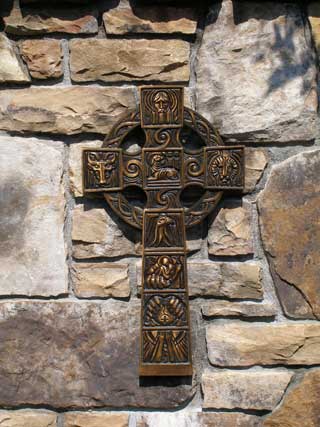 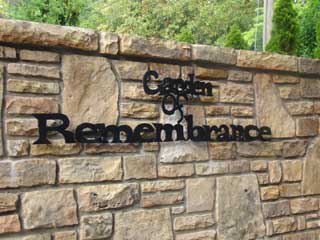